For women to close the diversity and funding gaps in tech and in finance — where men dominate the C-suite and decision-making — it takes an ecosystem. Payoneer President Keren Levy and The World Bank Group Head of the We-Fi Secretariat Wendy Teleki told Karen Webster that parity is sorely […]

For women to close the diversity and funding gaps in tech and in finance — where men dominate the C-suite and decision-making — it takes an ecosystem.

But a combination of education, support, skill building and even technology can help female entrepreneurs thrive. And along the way, the tech and finance industries can benefit from the creativity and innovation that women bring to the conversation and to the boardroom.

The stats bear out the gender divide that currently exists.  Last year, only 24% of leadership roles in financial services firms were filled by women despite the fact that women make up about half the workforce.  And that percentage will grow only slightly, to 28% by 2030.

The negative repercussions are far-reaching.

The diversity gap starts early, widens over time. From a young age, girls and young women are not actively encouraged to take math and “are not talked to about business or about finance.  So they shy away from those things and don’t have confidence [about these subjects] as a result.”

It’s important to have the gift of confidence, as Teleki and Levy noted. Despite years in the payments industry, Levy said, “there is not a day that I don’t feel a bit of anxiety or glitches in my self-confidence.”

But a woman who is “plugged into” a senior position, Levy said, can coach, train and really influence the DNA of a company … and by extension, the society in which it operates.

There’s a skill-building element that is critical, and the stage is set for those skills to be developed, chiefly through the innate connections fostered between women.

“Women tend to have stronger networks than men,” Teleki said. “They’re deep and personal — but they are not business networks.”

The Role of Technology

But technology and the digital shift that has taken shape over the past few years, especially amid the pandemic, has given opportunities for founders and entrepreneurs — women in particular — to take advantage of platforms to build the networks they need to succeed.

To get there, where women’s success and representation can transform finance and tech, Teleki said, requires accountability and transparency. There has been progress in setting goals and improving the representation of women on corporate boards, in fostering women-owned businesses as suppliers to large supply chain companies.

“We work on trying to get financial institutions to understand how much they are lending to women,” Teleki said of the World Bank, “and when they see its 10% of their business, they realize they are missing something and there’s a gap that needs to be addressed.”

As Teleki and Levy noted: What’s measured can be managed — and data viewed through a “gender lens” can enable stakeholders to examine what’s working and what’s not.

As Teleki said, “If you’re not tracking it, you are not going to do anything. Are you getting funding to women? How?” To illustrate how data can illuminate the gender gap, she pointed out that studies have shown that women who enter tech accelerators are no more likely to get funding for their businesses than if they’d never entered the accelerator at all. But men are two to three times more likely to get funding.

Soft skills play a role, ultimately, in the ultimate success of women’s efforts to launch businesses, to find their way towards better representation in the C-Suite. And to fund the next round of innovation.

Biases within the financial industry present a formidable challenge. Levy and Teleki noted that in cold-pitch competitions, for example, women can be at a disadvantage. There can be  biases inherent in conversations themselves. Women, Teleki said, are asked more often — in pitches that last only a few minutes — about “downside” risks to their businesses; men are asked more often about “upside” potential.

To address those biases, selection processes that consciously integrate and pursue more exposure to women over time — with longer presentations and more direct interactions and peer scoring — will usually result in more funding.

What’s Happening on the Ground

Teleki noted that despite the challenges, there is good work happening on the ground. Venture capital has been helping to fill the void, she added.

“FinTech is going to be important on this front,” she predicted, “and we’re taking an ecosystem approach.”

She explained that the Women Entrepreneurs Finance Initiative is a program that’s housed at the World Bank. There’s an initial pool of $350 million from 14 donor countries. Those funds are in turn disbursed through a range of multilateral development groups — spanning the International Finance Corp. and the African Development Bank, the European bank for Reconstruction and Development, eCommerce platforms, government agencies and training institutions, she said.

“We expect the $350 million that we’ve received from our donors to mobilize $3.5 billion in funding to support women entrepreneurs,” she said.

About: While over half of SMBs believe that an all-in-one payment platform can save them time and improve visibility into cash flows, 56% believe that the solution could be difficult to integrate with existing AP and AR systems. The Future Of Business Payables Innovation Report, a PYMNTS and Plastiq collaboration, surveyed 500 SMBs with revenues between $500,000 and $100 million to explore how all-in-one solutions can exceed SMBs’ expectations and help future-proof their businesses.

Inside the space hotel scheduled to open in 2025

Mon May 2 , 2022
(CNN) — Waking up in a chic hotel room with a view of the solar system could be the future of travel, at least if space company Orbital Assembly has anything to say about it. The US-based company has revealed new information and concepts for its space hotel idea, designs […] 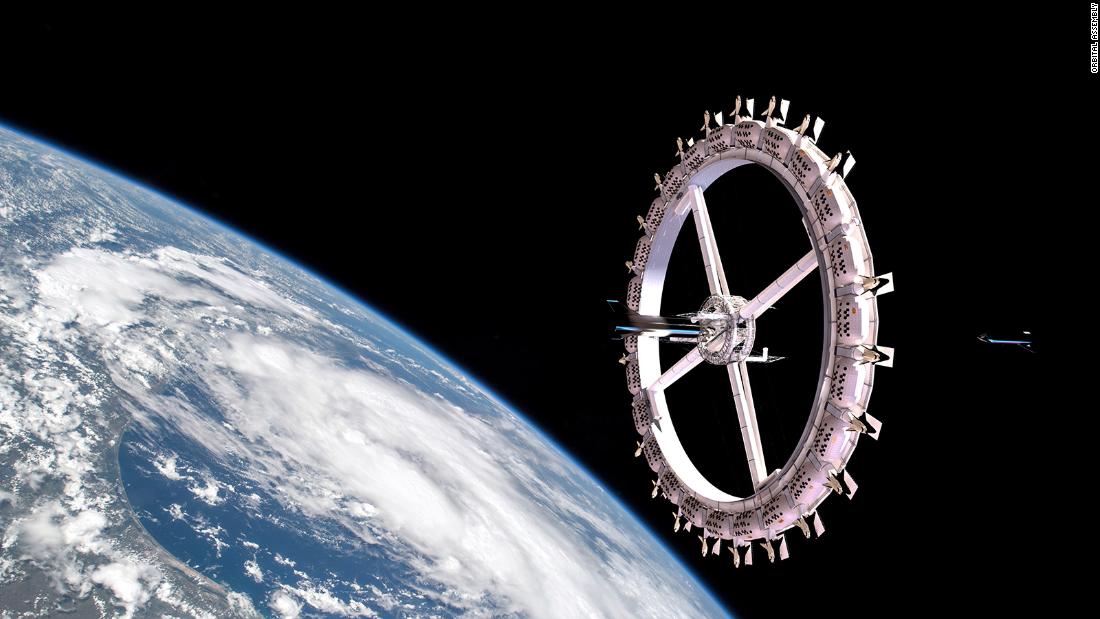