Development of quantum computers has advanced steadily over the last decade, spurred by the promise of harnessing the unique properties of quantum physics: Quantum bits (qubits) exist as either 0s or 1s, or simultaneously as 0 and 1. Multiple companies now offer quantum applications as a service via cloud platforms […]

Development of quantum computers has advanced steadily over the last decade, spurred by the promise of harnessing the unique properties of quantum physics: Quantum bits (qubits) exist as either 0s or 1s, or simultaneously as 0 and 1.

Multiple technologies are required to deploy quantum computers, making it harder to predict when the technology will be practical. As the pace of development accelerates, many experts remained convinced that practical quantum computers are still at least a decade away.

For background, a U.S. Government Accountability Office (GAO) report examines the status and prospects for quantum computing. This column draws heavily on the GAO report.

Physical qubits are the basic building block. There are two main quantum computing methods: analog and gate-based quantum computers. The table below summarizes the differences between the two technologies.

Physical qubits include naturally occurring particles and artificial structures. The former includes atoms, trapped ions, and photons. Trapped ions and photons are the leading technologies for this segment.

In designing quantum computers from qubits, technology has been developed to manipulate quantum properties and entangle multiple qubits with one another. These manipulations are accomplished with lasers, microwaves, electric or magnetic fields, and other methods. Examples are listed at the bottom of the table above.

Steady progress may soon yield quantum machines with thousands of qubits and approach 1 million qubits after 2030. Such advances will greatly expand deployment by cloud services providers, academic institutions, and corporations.

Entanglement is a key feature of quantum mechanics, allowing connected qubits to interact. In one example, using a qubit for, say, a measurement can reveal information about other connected qubits.

Superposition is another key characteristic. A qubit exists as a combination of all possible states simultaneously. Entanglement and superposition give quantum computers extra processing power not possible with traditional binary computers.

There are multiple techniques for maintaining entanglement. Qubit isolation from environmental noise is the first step. Operating qubits at superconducting temperature reduces environmental noise dramatically. Fault tolerance is another strategy at the system level.

Some quantum technologies have built-in tolerance to environmental noise. The trapped-ion approach appears to outperform superconducting technology in this area.

The entanglement noise problem is often called decoherence. It occurs when a quantum computer loses information to the surrounding environment, as the system is loosely coupled to the active state of its surroundings. Qubits must maintain coherence for quantum machines to operate properly.

Decoherence remains a challenge for quantum implementation because of reliance on the undisturbed evolution of the qubit state. The preservation of coherence and mitigation of decoherence effects are related to the concept of quantum-error correction. It is generally agreed that error correction is needed for meaningful deployments supporting a range of quantum applications.

Furthermore, quantum information cannot be copied, and measurement disrupts information, preventing implementation of classic error-correction techniques. Quantum-error–correction techniques have been demonstrated but are challenging to implement. Error-correction procedures are applied to many error-prone physical qubits. Those quantum procedures are combined with traditional processing techniques to create systems that simulate a robust, stable qubit, known as a logical qubit.

At least six different quantum technologies are in use or in development, with others on the horizon. Technology battles are seldom good for nurturing new industry segments, creating market uncertainties. Potential users often delay deployments until a clear winner emerges. The nascent quantum industry would benefit with the emergence of one or two leading technologies.

The current qubit fabrication infrastructure and supply chain are limited. Thousands of physical qubits will be needed per machine, growing to hundreds of thousands of qubits by 2025. By 2030, state-of-the-art machines may include 1 million or more physical qubits.

Developers investing in manufacturing and supply chains for physical qubits will emerge as leaders in quantum application deployments. Superconducting specialists may have an advantage if they can leverage semiconductor industry fab capacity once current chip shortages recede.

Software to develop quantum applications will run on either PCs or cloud platforms.

Current applications tend to cluster in a few segments, as summarized in the next table, largely drawn from GAO’s assessment.

The characteristics of entanglement and superpositions create unique opportunities for quantum applications that otherwise required much time to execute — even on supercomputers.

The spectrum of applications is expected to expand as quantum capabilities advance over the next decade. As new applications emerge, users will find new ways to use quantum computers.

Along with the emergence of AI, quantum technology could be used to accelerate machine-learning algorithms used for applications like disease detection via enhanced screening of genetic data.

Quantum computers are currently unable to process large amounts of data required for machine-learning applications. The solution may be hybrid machines that solve problems by splitting calculations to match the capabilities of quantum and binary computers. This would require new software and protocols for distributing tasks accordingly.

Quantum technology could also be applied to test physics theories, uncovering the mysteries of the universe. Additionally, quantum computing applications can be used to analyze data from high-energy physics experiments.

The number of physical qubits needed to provide a significant improvement over classical computers varies by application.

IBM’s recent quantum announcement provides a glimpse of quantum scaling. Its Eagle quantum processor currently includes 127 qubits, up from 65 on its Hummingbird machine, released in 2020. IBM’s qubit roadmap includes the 433-qubit Osprey processor, slated for 2022, and a 1,121-qubit processor, dubbed Condor, planned for 2023.

The table below, based on GAO data, summarizes qubit requirements for different applications.

Available quantum computers include less than 100 qubits. Primary applications include developing, testing, and advancing quantum technology. Some are available on public cloud platforms.

Machines with fewer than 100 physical qubits can solve simple chemical calculations and may provide an advantage for some optimization problems.

Cloud-based quantum capabilities will remain a leading deployment opportunity at 1,000 qubits. Individual companies will require substantial numbers of such machines. Based on IBM’s projections, this scenario could emerge in 2023.

As the number of physical qubits increase toward 100,000, the application spectrum increases. For example, machine learning and related AI applications and models will expand.

Beyond that, quantum deployment would take off, as many more problems can be solved with greater accuracy. Factoring large numbers or simulating pharmaceutical molecules may require more than 1 million physical qubits. When this happens, current encryption algorithms will no longer be safe.

Quantum computing technology has progressed over the last five years and is poised to advance even further over the next five years. According to the PitchBook financial database, venture funding increased dramatically in 2021, with well over US$1 billion invested, exceeding the total for the previous three years.

Chemistry simulations may be an application in which quantum computers have the most impact. This includes applications ranging from drug discovery to advances in battery technology.

This article was originally published on EE Times.

Egil Juliussen is the former director of research for infotainment and ADAS at IHS Automotive; an independent auto industry analyst; and EE Times’ “Egil’s Eye” columnist.

Sat Mar 26 , 2022
Nvidia introduced a new version of its autonomous-driving platform at its GTC developers conference this week. Automotive is a small segment of the company’s business. But it’s getting a lot of attention from Nvidia founder and CEO Jensen Huang. At the conference, Huang touted the company’s $11 billion vehicle-tech order […] 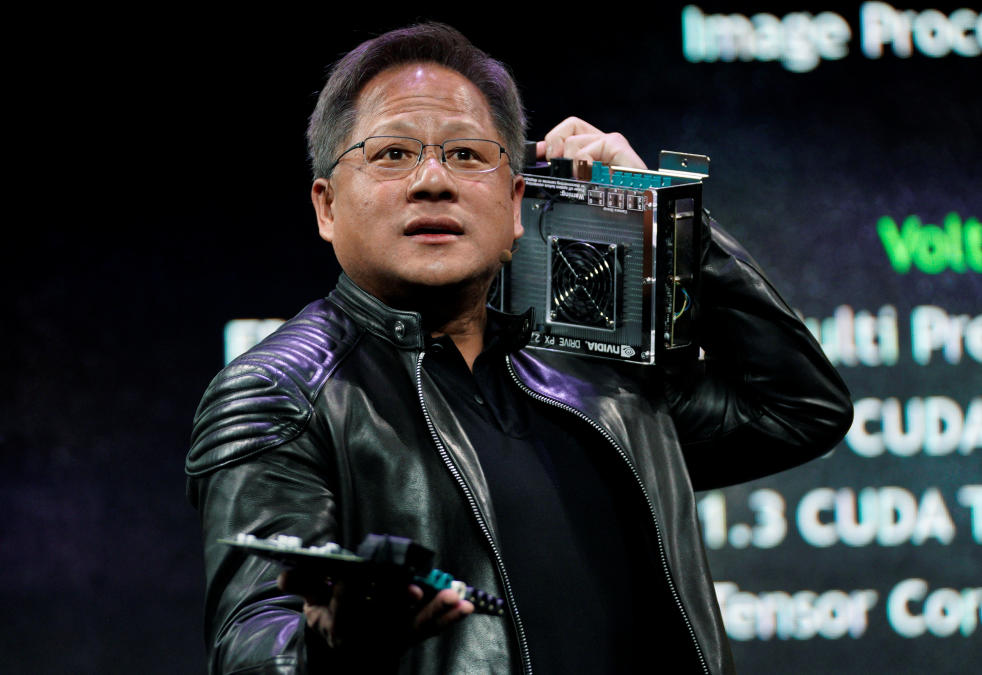