Can our adult reporter relive her teenage years through fashion? “I wish I had a shop like this when I was a teenager!” Our Japanese-language reporter Haruka Takagi couldn’t help but think that when she stepped into her closest branch of popular chainstore Thank You Mart. It’s a discount store where […] 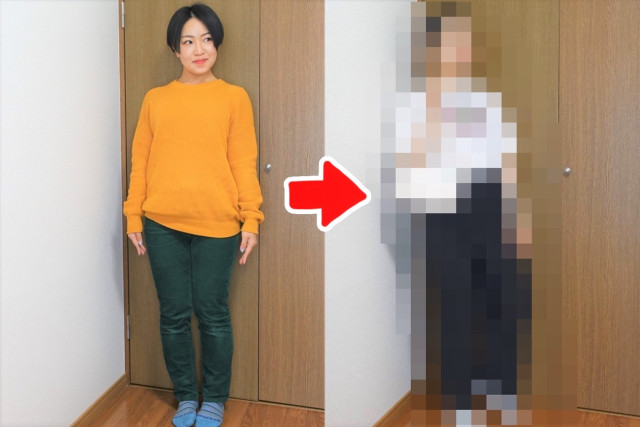 Can our adult reporter relive her teenage years through fashion?

“I wish I had a shop like this when I was a teenager!”

Our Japanese-language reporter Haruka Takagi couldn’t help but think that when she stepped into her closest branch of popular chainstore Thank You Mart. It’s a discount store where everything, including clothes, are priced at just 390 yen (US$3.29) (hence the punny name of “Sankyuu Mart”, where “san” and “kyuu” are the Japanese words for “three and “nine”, but also, when put together, sound like the English words “Thank You”).

But Thank You Mart isn’t the kind of discount shop where the clothes are just kind of okay. In Haruka’s eyes, everything was really cute! In fact, Haruka decided she wanted to put together an outfit from items she found there. Maybe they would bring her back to her teen days?

Thank You Mart sells not only fashion but also accessories and miscellaneous goods, and everything is great value for just 390 yen.

The target customer is between 10 and 20 years of age, and when Haruka visited, there were quite a few groups of junior high and high school girls having fun shopping together.

The shop sells all kinds of things, including underclothes…

…and even secondhand clothing! (Though only a select few Thank You Marts have a used clothes section.)

Though she was tempted to buy lots of things, Haruka was set on putting together an outfit from Thank You Mart, so she asked an attendant to help her. But the attendant looked dubious and said, “A whole outfit? Hmm…That might be tricky.”

“Yes,” said the attendant. “Truthfully, Thank You Mart’s customers don’t typically wear the clothes they buy here out and about. For example, a lot of people will wear the character T-shirts as loungewear…

“And wear the track pants to dance class.”

Haruka mulled over this information. Surely a person who works at Thank You Mart would know what they’re talking about, so it seemed that she may have been slightly too optimistic when she decided to put together a full outfit. Nevertheless, Haruka isn’t someone to just give up on a plan. Difficult as it may have been, she and the shop attendant put their heads together and created an outfit.

And here it is!

“I know what you’re thinking!” Haruka said before any of the rest of us could say anything. “I look like some kind of weird older lady. This outfit is a bit of a stretch for a 30-something woman, I know. Don’t worry.”

Instead, Haruka wants you to imagine this outfit on a teenager. How would it look then?

The asymmetrical, chain-strap bag had a fairly mature appeal to it, and the layering of the long-sleeved lace shirt under the print T-shirt was a pretty high-level idea. The cute, retro Betty Boop print also popped against the whole outfit, making it even cuter.

Let’s look at the items in the outfit individually.

A pretty good haul! Of course, everything was just 390 yen. In fact, all of those items came to a total of just 3,004 yen! The value is pretty incredible!

Haruka remembers being a teenager who desperately wanted the latest fashion, endlessly window shopping until she found something she could afford. If she’d had a Thank You Mart when she was young, she’d have gone there so often the staff would all know her.

But Haruka says you don’t have to be a teen to enjoy the fashion options there. With the shop’s many chic designs and nostalgic retro T-shirts, even adults can find things they like. At some discount shops, you can only put together a functional but not necessarily stylish look, so Thank You Mart is a great option if you’re on a budget and need to restock your wardrobe.

Sat Mar 19 , 2022
Here at Zacks, we offer our members many different opportunities to take full advantage of the stock market, as well as how to invest in ways that lead to long-term success. The Zacks Premium service, which provides daily updates of the Zacks Rank and Zacks Industry Rank; full access to […]