A branch of HSBC bank is seen, in central London August 3, 2009. REUTERS/Stefan Wermuth

LONDON/SINGAPORE, April 29 (Reuters) – HSBC Holdings’ (HSBA.L) largest shareholder, Chinese insurance giant Ping An (601318.SS), has called for a break-up of the London-based bank, a source familiar with the matter said on Friday.

Ping An has set out its plan to split the company to HSBC’s board, according to earlier media reports, which also cited people familiar with the matter.

“Ping An supports all reform proposals from investors that can help with HSBC’s operations and long-term value growth,” a spokesperson said on Saturday.

HSBC did not comment on Ping An’s involvement but defended its overall strategy in a statement on Friday. “We believe we’ve got the right strategy and are focused on executing it,” a spokesperson for the bank said by email.

The plan would unlock greater value for HSBC shareholders by separating its Asia operations, where the bank makes most of its money, and other parts of its business, the reports said.

CEO Noel Quinn, who has been running HSBC for more than two years, has doubled down on Asia by moving global executives there and ploughing billions of dollars in the lucrative wealth management business, with a focus on the region.

Some analysts have also called for HSBC to split its global business, arguing that the bank makes most of its money in Asia and that its global network adds costs without delivering enough benefit.

HSBC has been navigating escalating political tensions between China, Europe and the United States.

“There is some sense to the proposal in a political context, but HSBC does benefit from having a foothold in both the West and Asia,” said John Cronin, banking analyst at Goodbody, on Friday.

Reuters reported last year that Beijing had grown disenchanted with HSBC over sensitive domestic and international legal and political issues, from China’s crackdown in Hong Kong to the U.S. indictment of an executive at Chinese national tech champion Huawei Technologies. The executive was released last September.

In 2016, the bank decided to keep its headquarters in London, rejecting the option of shifting its centre of gravity back to the main profit-generating hub of Hong Kong after a 10-month review.

HSBC earned 52% of last year’s total revenue of $49.6 billion from Asia, and 65% of its reported profit before tax from the region, with Hong Kong making up its biggest market. The bank is listed in both London and Hong Kong.

Ping An owned 8.23% stake in the banking giant as of Feb. 11, according to Refinitiv data.

Sat Apr 30 , 2022
LITTLE ROCK, Ark. – There are many fantastic destinations in the Natural State for travelers, but one Capital City classic has made a new list of global travel stops. In the just-released list of 2022 Forbes Travel Guide Star Award Winners, the Capital Hotel in Little Rock was given a […] 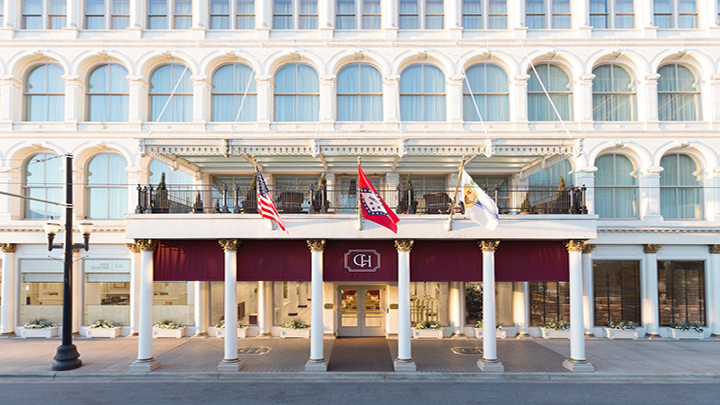