Robert Preidt FRIDAY, March 4, 2022 (HealthDay News) — Florida legislators voted on Thursday to ban most abortions after 15 weeks, a move that would severely restrict access to the procedure for women in that state. The bill — modeled after a similar abortion ban in Mississippi that the U.S. […]

FRIDAY, March 4, 2022 (HealthDay News) — Florida legislators voted on Thursday to ban most abortions after 15 weeks, a move that would severely restrict access to the procedure for women in that state.

The bill — modeled after a similar abortion ban in Mississippi that the U.S. Supreme Court is expected to rule on this summer — now heads to Gov. Ron DeSantis, who has expressed his support for signing the bill into law.

Florida now allows abortions until 24 weeks, with fewer restrictions than other Southern states. The new bill, which includes no exceptions for rape or incest, passed by a 23-15 vote late Thursday night after an emotional debate in the State Senate, The New York Times reported.

Other restrictive legislation on the verge of passage in Florida includes banning instruction about sexual orientation or gender identity in some elementary school grades, and allowing parents to sue public school districts if students believe that their teacher sought to make them feel discomfort about a historical event because of their race, sex or national origin, the Times reported.

“We’ve accomplished more in this state than anyone thought possible,” DeSantis told a rowdy crowd at the Conservative Political Action Conference in Orlando last week, “but I’ll tell you this: We have only begun to fight.”

But critics of the raft of measures have claimed that the sexual orientation and gender identity bill would cause a chilling effect in classrooms and harm LGBTQ youth, who are already at higher risk of bullying and suicide than their peers. They added that the bill on how to teach history penalizes teachers and dismisses the country’s racist past, the Times reported.

Florida Democrats expressed dismay over the passage of the abortion legislation.

“This [abortion] bill puts politicians, bureaucrats and the government between a woman and her access to health care,” Sen. Janet Cruz, a Tampa Democrat, said of the abortion bill on Thursday, the Times reported. “It will absolutely result in a women seeking unsafe abortions and dying as a result.”

But Democrats number so few in the Florida Legislature that they are unable to block or amend most legislation. Minority Leader Sen. Lauren Book, of Plantation, referred to the remaining days of the legislative session as “hell week.”

“This is probably one of the worst sessions that I’ve seen, where we’re taking issues that are going to deeply, deeply affect Floridians,” she noted.

Not all U.S. states are moving to restrict abortions, however: A bill to permit some nurse practitioners in California to perform some abortions without doctor supervision has been introduced in that state legislature.

The proposal announced Thursday comes as California prepares to deal with a possible surge of women from other states if the U.S. Supreme Court allows states to ban or severely limit abortion in a ruling that could come this summer, the Associated Press reported.

The bill is meant to boost the number of health care workers in California who can perform abortions.

“As states like Texas and others start to restrict further abortion, it just makes sense that women are going to find other places to go. California will be one of those states,” State Senate leader Toni Atkins, a Democrat from San Diego, told the AP.

Currently, nurse practitioners, certified nurse midwives and physician assistants in California can perform abortions during the first trimester of pregnancy if they’ve completed special training and are supervised by a doctor, the AP reported. The proposed bill would let nurse practitioners with the required training perform first trimester abortions without doctor oversight.

It’s unclear how many more of the state’s 30,000 nurse practitioners would be permitted to perform abortions if the bill becomes law, the AP reported.

Visit the U.S. National Institutes of Health for more on abortions.

This article originally ran on consumer.healthday.com.

EU bars 7 Russian banks from SWIFT, but spares those in energy

Sat Mar 5 , 2022
BRUSSELS, March 2 (Reuters) – The European Union said on Wednesday it was excluding seven Russian banks from the SWIFT messaging system, but stopped short of including those handling energy payments, in the latest sanctions imposed on Russia over its invasion of Ukraine. Russia’s second-largest bank VTB (VTBR.MM), Bank Otkritie, […] 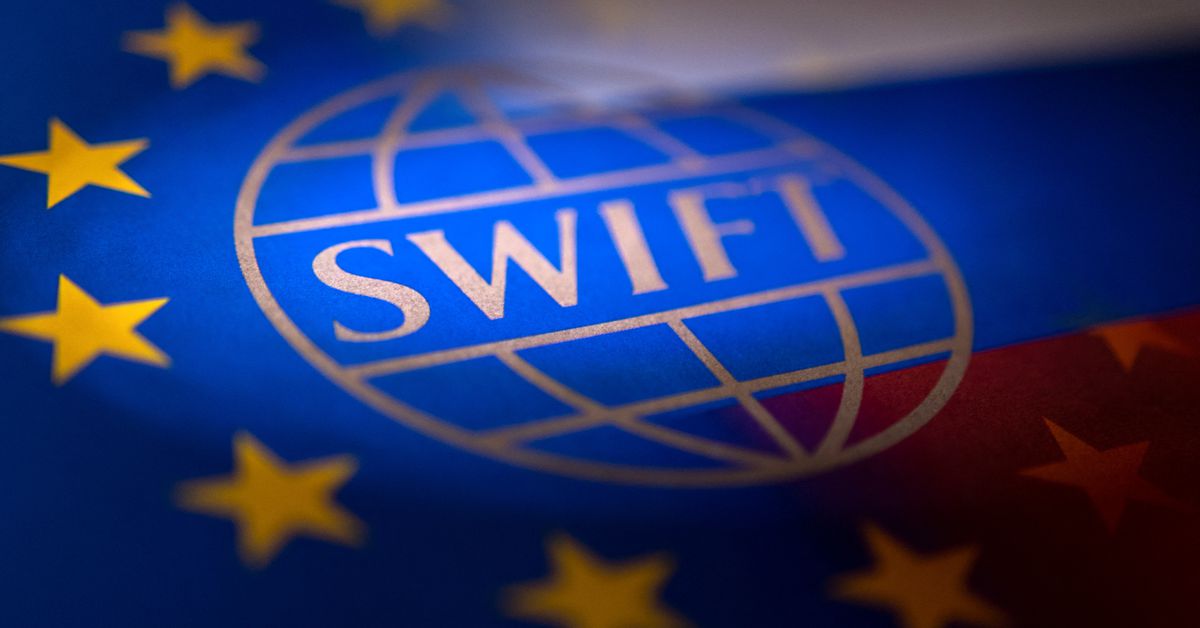