On March 20, 1996, a jury in Los Angeles convicted Erik and Lyle Menendez of first-degree murder in the shotgun slayings of their wealthy parents. (They were sentenced to life in prison without the possibility of parole.)

In 1413, England’s King Henry IV died; he was succeeded by Henry V.

In 1815, Napoleon Bonaparte returned to Paris after escaping his exile on Elba, beginning his “Hundred Days” rule.

In 1852, Harriet Beecher Stowe’s influential novel about slavery, “Uncle Tom’s Cabin,” was first published in book form after being serialized.

In 1854, the Republican Party of the United States was founded by slavery opponents at a schoolhouse in Ripon (RIH’-puhn), Wisconsin.

In 1922, the decommissioned USS Jupiter, converted into the first U.S. Navy aircraft carrier, was recommissioned as the USS Langley.

In 1976, kidnapped newspaper heiress Patricia Hearst was convicted of armed robbery for her part in a San Francisco bank holdup carried out by the Symbionese Liberation Army. (Hearst was sentenced to seven years in prison; she was released after serving 22 months, and was pardoned in 2001 by President Bill Clinton.)

In 1995, in Tokyo, 12 people were killed, more than 5,500 others sickened when packages containing the deadly chemical sarin were leaked on five separate subway trains by Aum Shinrikyo (ohm shin-ree-kyoh) cult members.

In 2014, President Barack Obama ordered economic sanctions against nearly two dozen members of Russian President Vladimir Putin’s inner circle and a major bank that provided them support, raising the stakes in an East-West showdown over Ukraine.

In 2018, in a phone call to Vladimir Putin, President Donald Trump offered congratulations on Putin’s reelection victory; a senior official said Trump had been warned in briefing materials that he should not congratulate Putin.

In 2020, the governor of Illinois ordered residents to remain in their homes except for essential needs, joining similar efforts in California and New York to limit the spread of the coronavirus. Stocks tumbled again on Wall Street, ending their worst week since the 2008 financial crisis; the Dow fell more than 900 points to end the week with a 17% loss.

Ten years ago: Front-runner Mitt Romney won the Illinois Republican primary with ease, routing Rick Santorum for his third big-state win in a row. Army linebacker Andrew Rodriguez received the James E. Sullivan Award, given by the Amateur Athletic Union to the top amateur athlete in the United States.

Five years ago: U.S. Supreme Court nominee Neil Gorsuch pledged to be independent or “hang up the robe” as the Senate began confirmation hearings on President Donald Trump’s conservative pick for the nation’s highest bench. Trump met for the first time with Iraqi Prime Minister Haider al-Abadi at the White House. David Rockefeller, guardian of the Rockefeller fortune and billionaire philanthropist, died at his home in Pocantico (poh-KAN’-tih-koh) Hills, New York, at age 101.

One year ago: VCU was kicked out of the NCAA Tournament shortly before its first-round game because of multiple positive COVID-19 tests. Officials announced that spectators from outside Japan would be barred from the postponed Tokyo Olympics, which would open in four months; officials said it was too risky to admit ticket holders from overseas during a pandemic. Protesters in Germany clashed with police over coronavirus measures; protests against government efforts to rein in the pandemic were also reported in several other European countries.

Mon Mar 21 , 2022
Our Small Business Finance Markets 2021/22 report provides a timely and comprehensive review of finance markets for smaller businesses. This year the report focuses on the role of finance in sustainable growth in addition to the detailed analysis of market developments and individual finance markets that we provide each year.There are five […] 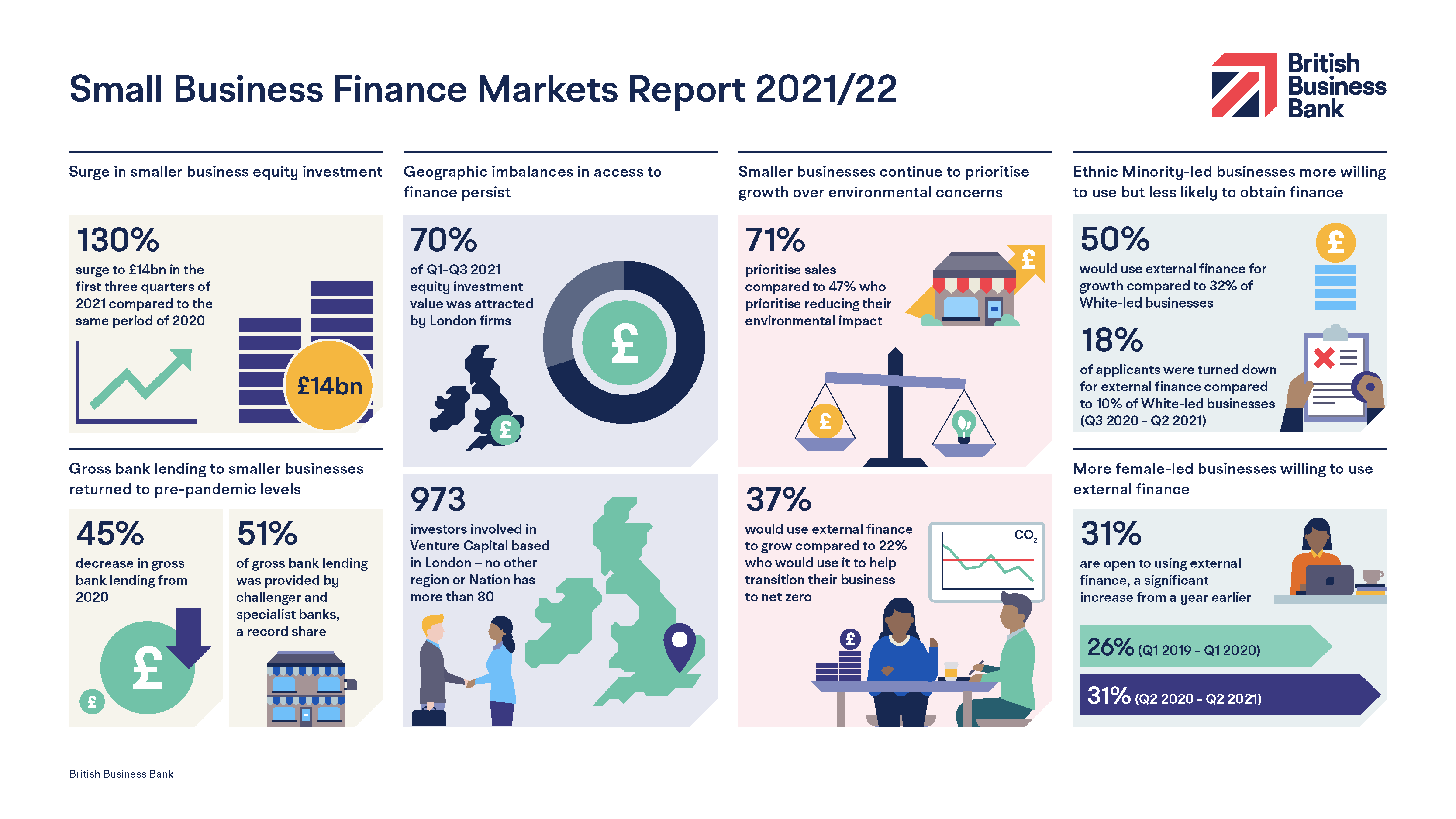