Research findings and signs of computer chip industry demands were the top subjects at the 40th Annual Microelectronic Engineering Conference April 5 at RIT. With indications of growth and novel functions being developed, there were also discussions of the pressing need for even more skilled workers in the field to […]

Research findings and signs of computer chip industry demands were the top subjects at the 40th Annual Microelectronic Engineering Conference April 5 at RIT. With indications of growth and novel functions being developed, there were also discussions of the pressing need for even more skilled workers in the field to sustain that expected growth. 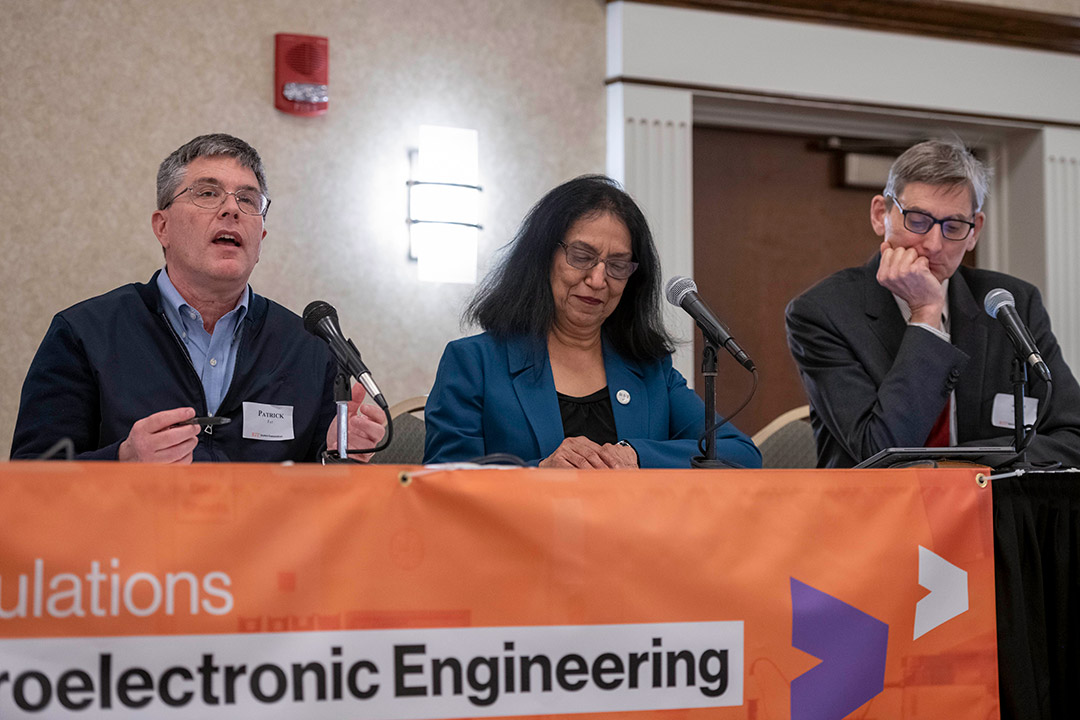 “We’ve all done such a good job engineering these things,” said Gary Patton, holding up an iPhone, “that no one thinks about what’s inside of them anymore.”

Only recently has the importance of computer chips, also referred to as semiconductors or integrated circuits, been seen more clearly as limits to chip manufacturing has impacted the mass production of automobiles and myriad other regularly used devices.

“How does the world know about our business? It has to come from us. Now is the right time. We have to infuse the industry with new talent,” said Patton, corporate vice president and general manager of Design Enablement & Component Research, Intel. “And we have to call on governments, companies, and academia to market the vast potential of the computer chip industry and the many applications that rely on the little squares inside that power devices.”

The 2022 conference showcased some of that new talent, the innovations for those little squares inside electronic devices, and the challenges RIT could help the industry overcome going forward. More than 75 students, faculty, alumni and corporate partners attended the conference, including David Kewley who described work being done at Micron Technology Inc. in the area of extreme ultraviolet (EUV) lithography—a technique to expose minute circuit patterns using and managing the unpredictability of light. The industry demands are intense, and company engineers are developing and testing new products and applications almost simultaneously.

“We are living with problem statements,” said Kewley, senior manager, Mask Technology Programs, Micron. He demonstrated how Micron is utilizing EUV in manufacturing and overcoming cost and engineering challenges through new control strategies to detect possible defects in the photomasks (the plate used to build integrated circuits.)

Professor Lynn Fuller, recently retired, was recognized by Congressman Joe Morelle for his achievements as the founder of the microelectronic engineering program. A member of RIT’s Sports Hall of Fame and the RIT Innovation Hall of Fame, the long-time leader in the semiconductor field is also a two-time Eisenhart Award winner, an honor given at RIT for excellence in teaching.

Kewley was followed by RIT undergraduate student Austin Whitaker, who detailed the viability of quantum dot film for infrared photodetection, one aspect of the highly complex CMOS image sensor processing. Whitaker was only one of five students on the program with 10 professionals from companies such as IBM, Northrup Grumman, Axcelis, and Qorvo that presented research findings and industry trends.

Whitaker, who is from Mexico, N.Y., will graduate in May with a degree in microelectronic engineering and begin work at Gigajot Technology in Pasadena, Calif.

According to the Semiconductor Industry Association, U.S. semiconductor companies have 47 percent of the global chips sales market, but only 12 percent are manufactured in the U.S. for products as varied as automobiles to medical devices.

“What is the percentage of four-year, U.S. colleges with actual clean room facilities?” asked Reinaldo Vega ’04, ’06 (microelectronic engineering), one of five professionals on the “Future of Semiconductor Education” panel. 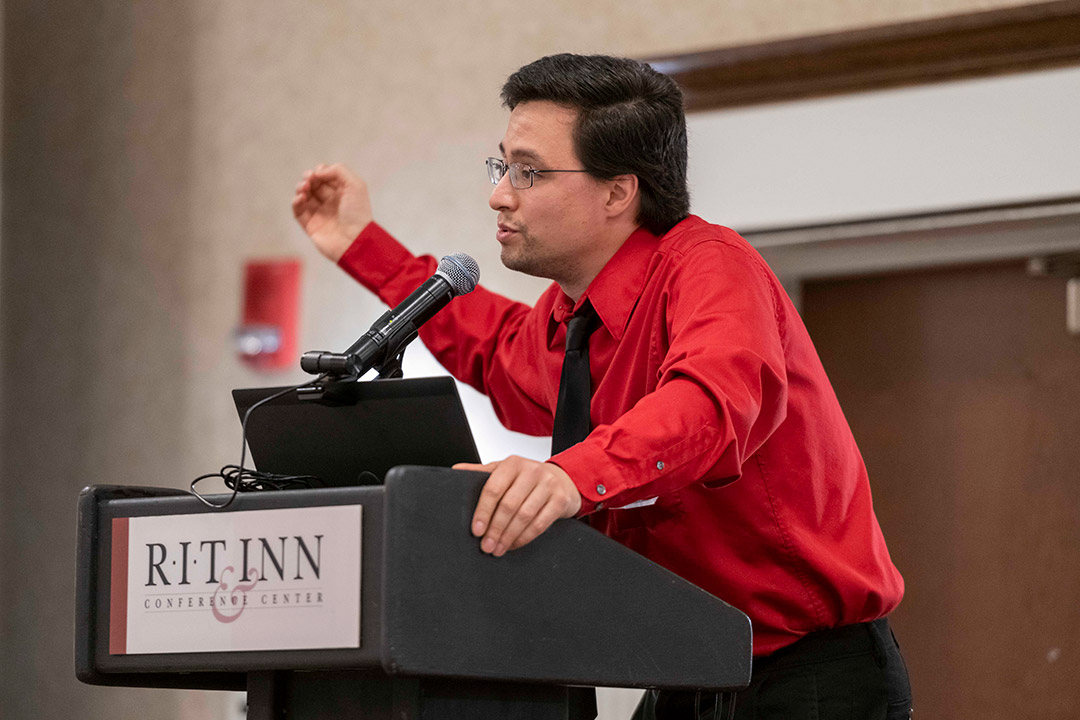 He said that less than 2 percent of the nearly 3,200 public and private institutions have these important facilities. A handful allow undergraduate students access where they can learn the complexity of the wafer development process and how refined it needs to be to have the integrated circuits functional.

“But even more, fab-less companies need semiconductor literacy. It is not just about processing wafers, it is about understanding technology development cycles, all the things that are part of technology development. Having that will make you a very powerful employee in the workforce,” said Vega, a senior engineer, device performance lead for IBM Research. He referred to companies that integrate computer chips into equipment but do not make their own, relying instead on purchasing them from companies such as Global Foundries, an international computer chip fabrication enterprise.

Santosh Kurinec, a professor of microelectronic engineering, and another panelist, agreed.

“There are some high school physics courses where semiconductors are not even mentioned in the textbooks,” she said. “We are a global industry, but we have to have more development at home.”

Kurinec will represent RIT on the newly established American Semiconductor Academy. She has advocated for an educational roadmap for prospective students, similar to strategic plans to advance the industry. Giving people a look “under the hood” at what makes devices work may be a means to entice new talent to the field.

“What should we be teaching students who are going to be building the next generation of computer chips? We need to keep our focus on that,” she said. “We have to tell students these are the problems we need to solve.” 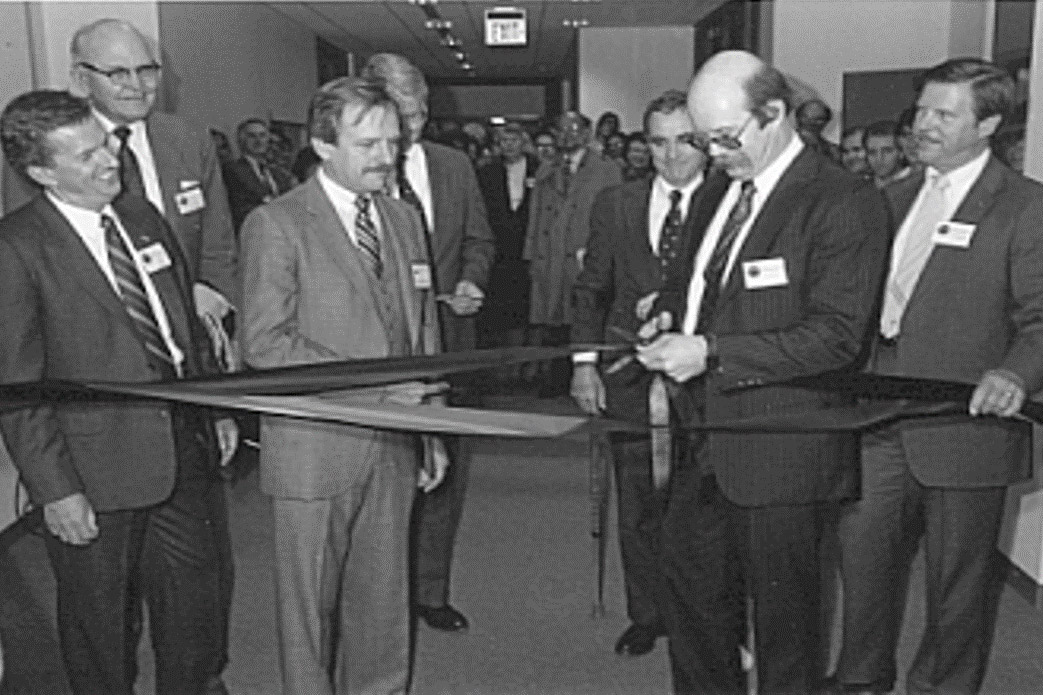 The microelectronic engineering program started in 1982, and its first class had 55 freshmen and 15 transfer students. In 1986, the new laboratory facility was dedicated, and the Semiconductor & Microsystems Fabrication Laboratory has grown substantially. More than 1,500 alumni are working in companies such as Intel, Global Foundries, Apple Computers, and IBM.

RIT faculty have expertise in many of the top trends in the semiconductor industry including solar cell technology, quantum computing, photonics, EUV, and light emitting diodes, among the varied and advanced technologies that are integral to understanding computer chips.

With its early support from national companies such as Texas Instruments, Motorola, and Kodak, the microelectronic engineering program focused on undergraduates as well as introduced its industry-focused short course, an intensive training for entry level professionals. This continues today.

Since 1990, faculty in microelectronic engineering have presented courses in the distant learning format for career professionals. Student participation includes those from across the state to as far away as Hong Kong. The online program was ranked in the top 100 in U.S. News & World Report.

Thu Apr 14 , 2022
NEW YORK, April 14, 2022 /PRNewswire/ — CIT, a division of First Citizens Bank, today announced that its Capital Equipment Finance business has named Eric Smith as a business development officer serving the West region. Smith, who is based in Greater Seattle, will be responsible for developing, maintaining, and expanding […] 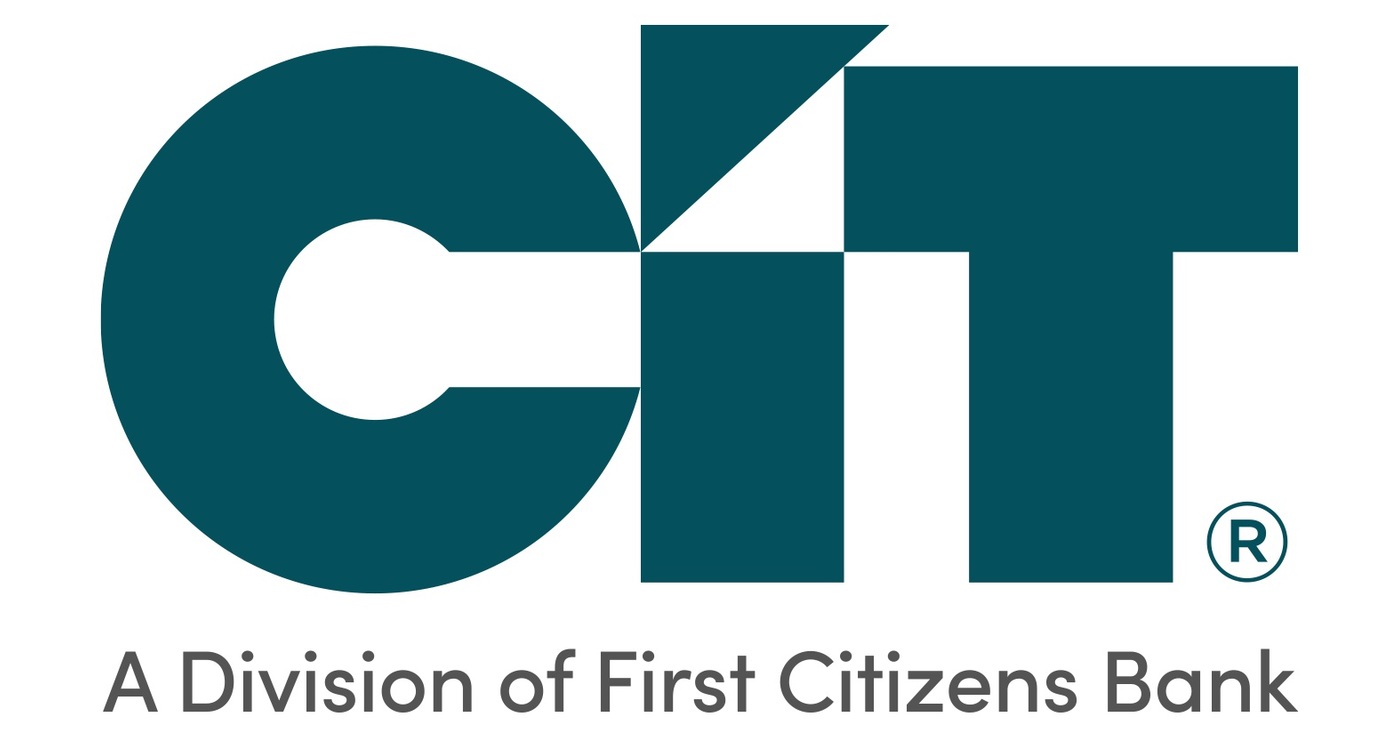